It’s Not Rocket Science. Or Is It?

I was recently searching the web and came across a simple ad from a major running shoe manufacturer.  The ad featured a running shoe and said, “this shoe has your next record written all over it.”  While considering the competitive multi-billion dollar running shoe industry, the thought came to mind of how this industry has used technology with the aid of world class athletes to promote their products to a global audience of weekend warriors, collegiate athletes, Olympic hopefuls, and those seeking to look stylish in the latest athleisure branded product.  With events like the Tokyo 2020 Olympic games of 2021 coming to an end and next year’s World Athletics championships in Eugene Oregon, the influences of technology have become the most talked about conversation in track and field following a series of shattered Olympic and world records, arguably due to advances in performance technology allowed by the international governing body of track and field, World Athletics formally the International Association of Athletic Federations.

These days we can justifiably admit that technology has made seemingly impossible feats a bit mundane.  Take for instance the fact that technology has allowed billionaires to take weekend trips to outer space, home surveillance from smart phones, and even autonomous self-driving vehicles.  Seems that no sector has been left out especially global sports.  It has taken seven quadrants, that is seven times four or twenty-eight years for the men’s Olympic record in the 400-meter hurdles to be challenged.  The improvements in track surfaces and shoe technology, the once coveted record of 46.78 seconds was not only shattered by Karsten Warholm of Norway by 84/100th of a second, but all top three finishers ran faster than the 1992 Barcelona Olympic winning time.

Astrophysicist Neil DeGrasse Tyson along with 2X Olympic 400-meter hurdling champion Edwin Moses a physics and engineering graduate from Morehouse College discussed the effects of biomechanics and the latest technology regarding the 400-meter hurdles.  The two would break down the subtle technicalities of hurdling when leading with either the right or left leg.

DeGrasse Tyson cites that with two evenly challenged hurdlers (at 13 strides) one leading with the left leg the other with the right, the one with the right lead leg will add approximately 2.5 additional meters to the overall distance of the race.  This simple overlooked factor can theoretically display itself in bodily fatigue, thus the possibility of hindering hurdling mechanics along with speed endurance.

Global sports journalist Tariq Panji for the New York Times covered a story highlighting that the 2020 Tokyo track designed by Olympic track supplier Mondo, spent three years in research, design, and development to ensure that the surface would be built for speed.  According to Andrea Vallauri, international manager for Mondo, “the surface allows for shock absorption and energy return like a trampoline.” According to the Mondo website, the track surface utilizes air filled chamber cell technology “that compress then expand acting like bowstrings and projecting athletes up and forward” (Mondo, 2021).  Vallauri also states that the track surface could benefit the competitors as much as 2% (Panji, 2021).  With that number in mind of (2%), a shared text by Edwin Moses calculated that his 47.02 world record x (2% benefit) equating to .94 seconds subtracted from the overall time of 47.02 or (47.02-.94 = 46.08 seconds).  In the case of the Barcelona Olympic record of 46.78, the (2% benefit) of .94, theoretically improves that time to 45.86 seconds (which would be faster than the current world record of 45.94).

With such a pursuit for excellence on the track it has come with certain roadblocks according to Tariq Panji.  Athletes have complained that the surface causes the risk of muscular injuries with symptoms of body soreness as well as the aggravation of any previous leg injuries.  Along with the evolution of track surfaces the development in running shoe technology has also made headlines.  The international sport governing body of World Athletics has the role of regulating the rules of the sport and the management of competitions, they have allowed certain innovations in shoe design that have directly affected these major assaults on established times and records from previous years.  New shoe designs have incorporated what is being called energy return foam, mid-level cushioning, assisted by carbon fibre plating to help runners move at least 4% more efficient.

Currently the use of the carbon fibre is also being allowed in the running spikes as well.  Soon after his 2020 Olympic victory and new world record, Karsten Warholm is critical of the shoes worn by Rai Benjamin, which featured a foam layer, air pocket, plus the carbon fibre plate for rigidity.  Warholm is quoted,

“I don’t see why you should put anything beneath a sprinting shoe. In middle distance I can understand it because of the cushioning. If you want cushioning, you can put a mattress there, but if you put a trampoline, I think it’s bulls—, and I think it takes credibility away from our sport.”

However, the irony is that Warholm acknowledges that he uses technologically advanced shoes, developed by the Mercedes Formula One team in partnership with Puma to create his own racing spike, insisting that there’s a big difference between his shoe and the one designed by Nike (Cooper, 2021).

Critics have implied that this could be a case of “technical doping” or the advancement of human performance beyond iterative advancements (Burgess, 2020). The fact is that today’s running shoes have evolved to the point where conversations suggest a high degree of unfairness, being that performance technology has influenced more than the normal difference between two athletes participating at the highest levels of competition, according to sports scientist Ross Tucker, of the Real Science of Sports podcast, speaking about road races and marathons, state that “every single course record has basically gone. The world record is gone, the top five in the world have all been running that same shoe”.  He firmly believes Nike’s Vaporfly has created this large performance advantage that “splits the sport into haves and have-nots” (Burgess, 2020).  With the usual suspects of competing brands trying to catch up.  Finally, he points out saying “when does innovation, technology, and design undermine human performance and sports to its detriment”?  The truth is that technology and innovation will continue to advance, and sports will continue to seek a pursuit towards performance excellence all the while embracing the push of physical human limitations, to many which still seem to be consistent to the past. 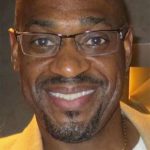