Every sports organization is pondering how to engage younger millennial and Generation Z fans, pivoting to re-mold their products and cater to the coveted, tech-savvy demographic. Doing so is a tricky proposition, however, and one that risks cannibalizing the core aspects of sports fandom that appealed to previous generations and turns professional competition into a sideshow.

As the former CEO of a sports-tech social media company, 15 Seconds of Fame, I appreciate that today’s younger sports fans are concerned with one thing above all else: themselves. This was the premise behind 15 Seconds of Fame, which delivered to fans who appeared on television and the Jumbotron their personalized video clips. Younger fans, after all, often seem far more interested in posting pictures of themselves on Instagram than the outcome of the game, which presents dilemma: how to compete with all the entertainment options, especially during downtime in games without compromising the essence of sports.

This is an especially potent conundrum given that American-style pro sporting events are typically two-and-a-half to three-hours long and require sufficient downtime for the sponsorship spending that is the jet fuel that powers the industry. Yet, the longer the game, the greater the risk that fans conditioned in a psychology of “me” and “now” and accustomed to an on-demand world in which other forms of entertainment are just a thumb-swipe away, will turn their attention elsewhere.

But as fan engagement drifts further from the sport itself and the live sports experience attempts to compete with other forms of entertainment, fans may be inclined to question the value and uniqueness of attending sporting events in general. After all, if they want dancing mascots, explosions, and graphics on high def screens, there are easier, more accessible, and cheaper ways to obtain that.

Fundamentally, the problem that sports leagues and franchises may have to confront above all else with today’s younger fans is that they are asking for something more precious and valuable than their hard-earned cryptocurrencies: time. With sports, even for those willing to pay for a premium product, there’s no way to skip the commercials and the ads and get to the part that matters. Yes, some traditionalists may enjoy the deliberate pace of the average American sports event, but the attention of today’s younger fans will likely be lost to three quarters of foreplay. They want to get to the sex and have Tinder to prove it.

The analogy to the music industry’s evolution should give sports executives another reason for pause.

This is the reality for television viewers as well, which is why some media executives like the former Turner President, David Levy have talked about micro-consumption models where fans could watch just the end of a game for a small fee. It’s sort of like iTunes for sports, a way for fans to pick the top hit and avoid the less interesting parts of the album.

Indeed, the analogy to the music industry’s evolution should give sports executives another reason for pause. In the late 1990s, the music industry reached its peak with record labels generating nearly $40 billion in annual revenue. However, the record labels experienced a 60 percent decline in revenue over the following decade-and a- half thanks to new form of distribution: mp3 format technology that reduced files to one-twelfth their original size and allowed for peer-to-peer sharing and piracy. But market forces spawned piracy in the first place, as consumers revolted against the once-size-fits-all CD and album model that the music industry offered for years.

Sports content could face a similar reckoning, and there are early signs of consumer dissatisfaction. Sports television drove much of the cable business for decades with consumers over-paying for monthly cable bundles in large part to watch sports. Now consumers are cancelling those bundles in droves in favor of over-the-top streaming services and pay-per-view options.

And just as mp3 technology made music free for a period of time, new technologies, specifically distributed ledger technology (DLT), also known as blockchain technology, which enables trusted peer-to-peer transactions and makes cryptocurrencies like Bitcoin viable, could do the same to sports content.

After all, the ethos of today’s younger fan is to film everything, and virtually everyone inside of sports venues has the technology and equipment to broadcast events live. In many cases, fans are already doing so on platforms like Facebook Live to a limited degree. The quality of that footage may not compare to broadcast quality yet, but it will improve and may eventually suffice for mass consumption.

With DLT and cryptocurrencies, fans may soon have not just the means, but the incentives to broadcast these events as well. With a cryptocurrency blockchain ecosystem, it’s entirely possible that fans could broadcast games through a distributed peer-to peer platform that’s beyond the control of any centralized party and receive micropayments from other fans based on consumption. With thousands of potential broadcasters at an event, viewers might even prefer the variety of choices and vantage points.

Policing this kind of piracy could present a major challenge for teams and leagues, as monitoring infringement through distributed platforms could be significantly harder than in the wild west days of MP3 music piracy. Content rights holders could bring legal actions against fans just like the Recording Industry Association of America did against music infringers, but doing so risks public relations peril. Taking away fans’ phones at games or blocking wireless access won’t work either, since fans would never tolerate the loss of these conveniences.

And that is the ultimate point: fans remain far more interested in the silicon screens in the palms of their hands than the greatest athletes on the planet and all of the sensory jazz in front of them. In this enterprising age, however, perhaps it’s the very opportunity for fans to become the broadcasters that would ultimately hold their attention. After all, humans wrestling in costumes, circus acts on the court, and fire spitting from the Jumbotron feels a little, I don’t know, 1999.

Again, the analogy to music consumption could be instructive. Piracy almost killed the music industry. Consumer customization, first made possible first by MP3s and now by following amateur curators through streaming services, revived it to a degree. The music industry figured out how best to harness the pirating instincts of newer consumers who were bored by the old and unwilling to pay for excess.

The sports industry may need to consider a similar approach in the not-too-distant future. This is a world in which sports teams and leagues may never be able to compete with the phones every fan holds in their hands. Harnessing them and the incentive-driven creativity of younger fans, however, may represent the best chance to hold their fleeting attention. 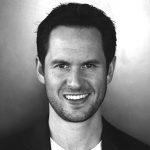 Brett Joshpe is a lawyer, entrepreneur, CFA® Charterholder, and Certified Blockchain Expert in New York City. He was formerly the CEO of 15 Seconds of Fame, which delivered to fans their personalized video clips when appearing on videoboards or television.
View My Articles

Brett Joshpe is a lawyer, entrepreneur, CFA® Charterholder, and Certified Blockchain Expert in New York City. He was formerly the CEO of 15 Seconds of Fame, which delivered to fans their personalized video clips when appearing on videoboards or television.
View My Articles